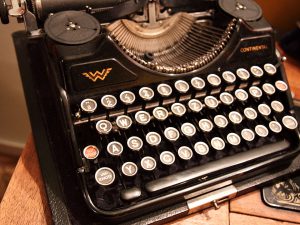 Writing is one of the first steps toward becoming a filmmaker. Rather than try and give you my limited insight on how to approach writing, I thought I’d just point you to the #1 source for the most useful information that I’ve found.

In my earlier post on jumping into making feature, I noted that William C. Martel wrote my favorite screenwriting book. Well, Film Courage also did some wonderful interviews with him that are incredibly useful for learning how to start writing. He breaks down fundamentals of storytelling in a logical, simple way, and answers seemingly complex questions with elegant, insightful, and simple answers. Spend a few hours with him. I promise it will be worth it!